What Does God Have to Do With Business? 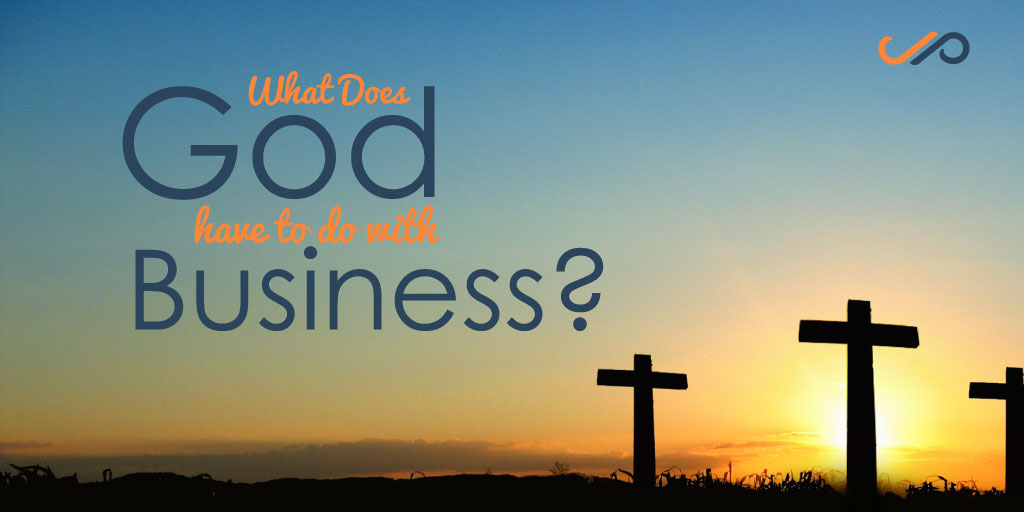 The common belief seems to be that God and business don’t mix. In fact, the belief in America is really that God and everything else don’t mix. Most people try to keep their faith and their daily life separate.

For most of my life – up until a few years ago – I was the same. I had bought into the belief of the culture without even realizing it.

I don’t mean that I am going to go become a pastor, or that I am going to constantly talk about Jesus to everyone I do work with. What I mean is that for me to truly live out my faith I have to let my actions be directed by it. Including the actions I take in my business life.

This Easter I realized that God has been trying to show me this for years.

On Easter Sunday my pastor talked about how one of the things that many people struggle with in regards to the Easter story, is that God chose to save the world in a way that no one would have a predicted.

At the time of Jesus’s birth the people of Israel were desperate for a Messiah. They believed that God would rescue them from their troubles, and they believed that it would happen the same way it did when he rescued them from Egypt.

They were waiting for a Messiah who had authority and power. But that is not the type Messiah that God chose to send.

God sent Jesus, a man who would become a perfect example of the way that we should live our lives. Not only our spiritual and personal lives, but our business lives as well.

When looking at the Easter story this year I came across one huge lesson that I believe God is teaching us about business.

Look for the Uncommon Solution

When you sit back and examine the Easter story it is obvious that Gods’ perfect plan to save mankind was the very last thing mankind would have ever considered.

Nobody would have ever thought that a man who was killed on a cross would be dying a death that would save the world.

Nobody would have considered the fact that he was actually the Messiah that they had been waiting for.

The crazy thing is that this idea is not just part of the Easter story. It is part of every successful story that has ever been told.

I believe that in the Easter story God is giving us an example of how to be successful.

Success comes from doing what is uncommon.

So many times we fall into the trap of thinking that we need to act a certain way, or do a certain thing when it comes to business. We think that we must do the same thing that others have done.

But that’s really the opposite of what we should do.

What I have noticed is that if you really sit back and examine the lives of the ultra-successful, many times they have created their success by going the opposite direction of the masses.

And they didn’t do it on accident.

They saw a problem, and they found a solution that others never considered. They didn’t follow the trend, they chose to go a different direction.

They chose to find a solution that would give people what they actually needed, not what they think they wanted.

If I had asked people what they wanted, they would have said faster horses.

The world doesn’t know what it wants or needs. It’s up to those who want to make a change in the world to do something a little uncommon.

I’m not saying that doing something uncommon is easy. It’s not. There is no roadmap, or game plan that you can follow when you do something new and unexpected.

Have you ever had someone say, “if it was easy, everyone would be doing it” when you tell them about an idea that you have?

I have. So many times.

The problem is that many people think that to be successful you have to do what others are doing. And that if what you want to do hasn’t been done you won’t be able to do it.

But this couldn’t be further from the truth.

God tells us to:

Enter through the narrow gate. For wide is the gate and broad is the road that leads to destruction, and many enter through it. (‭Matthew‬ ‭7‬:‭13‬ NIV)

Sure some people may look on and think you are crazy, and some may even laugh and tell you that you are going to fail. But, the only way to get to a destination that is worth getting to is by taking the narrow path.

Take a lesson from God and the Easter story. If you want to have true success in this world you have to be willing to create solutions that are uncommon.

I also hope that if you don’t know much about Jesus, you learn about him from the Easter story as well. He is the prefect example of success, and it is evident by the fact that the world tells you that he’s not.

Question: Do you try to look for solutions that are uncommon?Comment below or join the conversation on Facebook or Twitter!