What Do You Believe and How is it Affecting You? 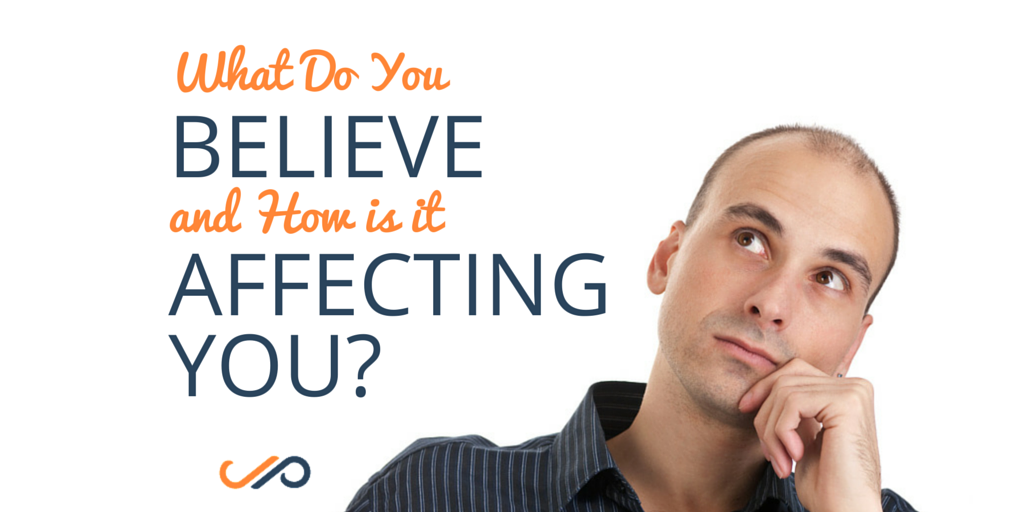 Have you ever wanted to change the results you are getting, but feel like no matter how hard you focus on them they just stay the same?

I am going to assume that you have. We all have. It’s human nature to desire different results than we are getting.

But, focusing on the results is not going to help you change them.

The definition of insanity is:


Doing the same thing over and over, and expecting different results.

So what do you need to do to get different results?

You need to take a step back and figure out what leads to the results that you are currently getting.

The results themselves are a symptom of the inputs that are creating them. You need to figure out what these inputs are.

Mahatma Ghandi is quoted as saying:

This is a powerful statement. It shows how the results of our life begins with a single belief. It also shows us what inputs we need to focus on.

If you want different results, and a different destiny, you must begin by changing your beliefs. But you can’t stop there.

Let’s take a look at each of these 5 areas in more detail:

The 5 Areas That Lead To Results

The very first thing we must do is examine our beliefs.

Do your beliefs empower your goals? Or do you have a bunch of limiting beliefs set up in your mind?

Many times you will find that if you are not having success in an area of your life, you have limiting beliefs that are holding you back.

If your finances are not where you want them to be you may realize that you have had a belief that says you are bad with money, rather than one that says you have just made some bad choices with money.

The distinction between the two beliefs is small, but extremely powerful.

Our thoughts are a direct result of our beliefs.

Our thoughts directly affect that which we say to ourselves. Self talk, whether positive or negative, is one of the most powerful forces I know of.

When we tell ourselves something over and over again we accepted it as truth, even if it is a complete lie to begin with.

The third area is our actions. These are direct result of what we think and say to ourselves.

They are also the other part of this framework that people try to jump to immediately. Most people either focus on the results, or the actions first.

But, if you focus on the actions before changing your beliefs, and the thoughts and words about the belief, you won’t be able to make your change in actions stick long term.

We will act very differently with one set of beliefs than we will with another set.

In his book The Power of Habit, author Charles Duhigg talks about how actions that are repeated over and over become our habits.

I am a huge believer that habits are one of the most powerful things that affect our outcomes.

We are all creatures of habit, so until new actions become habits it is hard to really see any traction towards your goals.

Recent studies have suggested that it takes approximately 66 days to develop a new habit.

Once you have come up with a new action, based on your empowering belief, stick to it. Give it the full 66 days and I know you will see a difference.

This is the final stage in the process. This is the stuff that we originally wanted to focus on.

So now that you know you need to change your limiting beliefs so that you can start to work thought the process of changing your results, what do you do?

The 5 Steps to Changing Your Limiting Beliefs

I’m not going to say that changing your beliefs will be easy, because it can be difficult. But, it is necessary.

No matter how long you spend looking at your results and wishing they would be different, if you don’t change your beliefs first you will never get different results.

Take action right now! This is not of the things I have learned from Tony Robbins. Don’t wait. Start on step 1 right now, even if you only have a few minutes free. By taking an immediate action you will create momentum that will help lead you to success!