The Incredible Power of Positive Self Talk 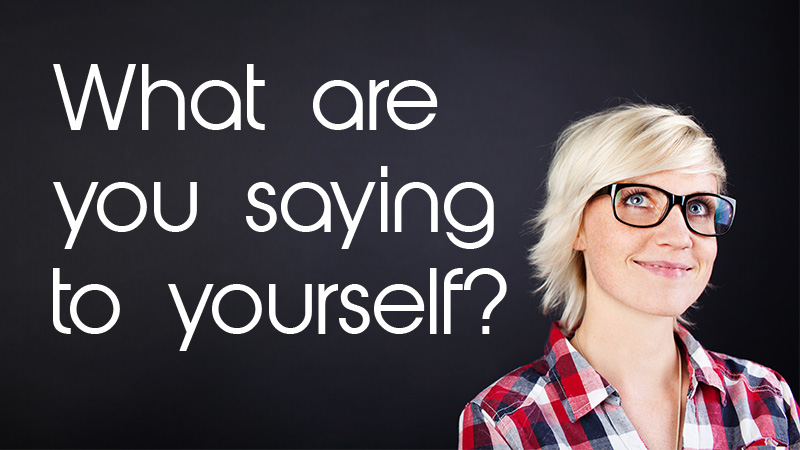 Were you ever told as a child “if you don’t have something nice to say, don’t say anything at all?” Well you may no longer be a child but that saying is as true as ever. Most people think that only applies to the things that we say to others, but what about all the things that you say to yourself each and every day?

The way that you approach situations, and whether you are an optimist or a pessimist, is based on the thoughts and images that you allow to fill your mind. What are you filling your mind with? What are you saying to yourself?

A few years ago I started a new habit of reciting self talk cards every morning and every night. I came across the self talk cards that I use while listening to a program from Zig Ziglar.

Zig is one of my absolute favorite authors/speakers. His programs are packed with motivation and positive emotion. He is a master at inspiring you to achieve the most that you can achieve, and he does so by making you believe in yourself.

He is one of the many influences that have caused me to have such a high belief in the power of self talk.

What do I mean by self talk? Technically it refers to anything that you say to yourself, and all of us talk to ourselves way more than we think that we do.

Every day you tell yourself tons of things, some true and some false, but many times our brains don’t know the difference. Have you ever made a mistake and immediately said “I’m stupid” or “way to go dummy”? That is evidence of the power of self talk.

At some point in your life you did something that made you feel dumb, and in response told yourself that you are stupid. For many people this becomes a habit and pops up without them even thinking about it. When is the last time you said something similar to yourself?

I had a teacher in college that constantly emphasized the power of our minds and how the things that we say and think can have great control over us. He gave this example, say the phrase “don’t think about a monkey” to yourself out loud. Now be honest, what are you thinking about? Probably a monkey right?

The reason for that is that our brains think in pictures rather than words, and there isn’t really a picture for words like “don’t.” So what is left for your brain to think about? A monkey, which is exactly what you were telling yourself not to think about.

When most people hear the term self talk they think about reciting silly sayings that seem embarrassing. And that can be part of it, but it is just one part. Try to focus also on the self talk that is part of your every day scenarios.

Every day there are tons of things that we say to ourselves and think about, some of them very similar to the monkey scenario. Rather than saying something like “I am not afraid of losing my job” try saying “ I am a great employee.” One results in you thinking about losing your job, and the other makes you think about the characteristics of being a great employee. One will cause you to be fearful and actually hurt your performance on the job, and the other will increase your desire to perform for your employer.

Focus on the things that you say by always putting them in a positive light. Claim that which you want to happen. Do you “not want to get sick” or do you “want to be healthy”? I want to be healthy. It’s a small change in the way you think and talk to yourself, but it is very powerful.

The second part of self talk is the part that many people think is a bit cheesy. It is the part where you recite positive sayings out loud every morning and every night. I admit at first I felt the exact same way, but after I began to see the results of it I became a firm believer!

Every morning and every night I claim the attributes that I want to have as part of my life through the use of a self talk card. By doing so I believe that I set myself up to develop these traits because my mind expects them. Every time you tell yourself something like “I am a punctual person” you will be more and more aware when you are not being punctual, thereby helping you to become a punctual person. (This is one of the traits on my card that I struggle with the most.)

I would urge you to give it a shot. Start out by reading them quietly to yourself at first. Then once you are comfortable begin reading them out loud, eventually doing so while looking into a mirror. As you recite the qualities that you want to develop, really see yourself developing them. Show some emotion, and allow yourself to feel what it would be like to have those traits.

Give it a shot. It can’t hurt. If you try it and don’t see any results after a few weeks then go ahead and stop. But trust me, once you start the habit of positive self talk you will never be the same. It is powerful and can make a huge difference in the way you think, and in the belief you have in yourself.

Question: Do you currently use self talk cards or something similar? Join in on the conversation on Facebook or Twitter!