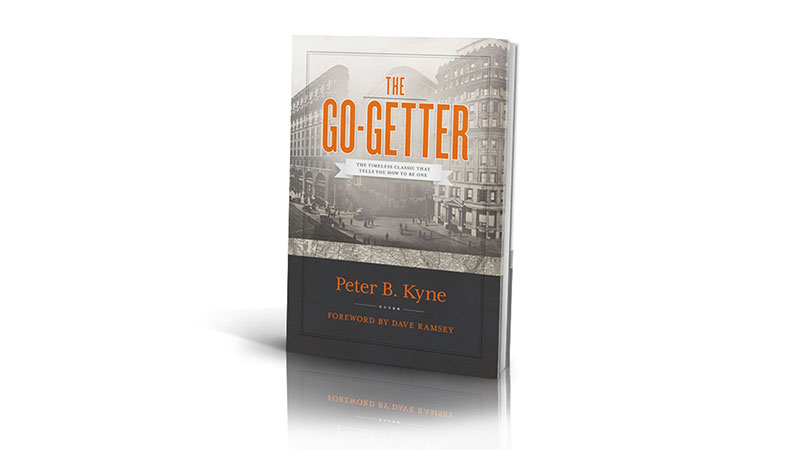 The Go-Getter is a story about a man named Mr. William (Bill) Peck, a former soldier, who is put through a test of obtaining a “blue vase” by his new employer. The author, Peter B. Kyne, tells the story of how Cappy Ricks, the retired owner of Ricks Logging and Lumber Company, encourages the new President of the company, Mr. Skinner, to hire Bill Peck after discovering that Mr. Peck is a go-getter.

Against his will Mr. Skinner agrees to hire Mr. Peck, all-the-while believing that Mr. Peck will not be able to carry the load of the job. In the beginning of the story Mr. Peck proves Mr. Skinner wrong and gives Cappy Ricks and Mr. Skinner reason to believe that he may be worth a promotion.

To verify that their instincts are correct about promoting Mr. Peck, Cappy Ricks decides to put him through the test of the “blue vase”, the ultimate test of the go-getter. The remainder of the book outlines everything that Mr. Peck, who is partially disabled from war, goes through to get the “blue vase” as requested by his employer.

I first read this book a few years ago, after learning that it is one of a number of books that Dave Ramsey has as required reading for his new team members, and I can see why Dave requires this book. It is a quick read with some great principals.

I constantly found that I was asking myself if I would have approached the situations in the book the same way that Mr. Peck does. And to be honest, I can say I have doubts if I would. I think this book is a great reminder of what being a go-getter is really all about. It will challenge you to step up your game and give more effort than you ever have before.

4 Lessons of the Go-Getter

I truly believe that this is one of the best books out there. It may be short (only 55 pages on Kindle), but there is more wisdom in these few pages than there are in many books twice its length. I make it a habit to re-read this book every few months and each time I find new lessons from its pages.

I highly recommend that you give this book a read. You can probably do it in one sitting, it only took me 1 hour this last time I read it. It may be the most valuable hour you will spend this week!

Below are some quotes that I pulled from the book as I read: