Should You Focus on the Steps or the Destination? 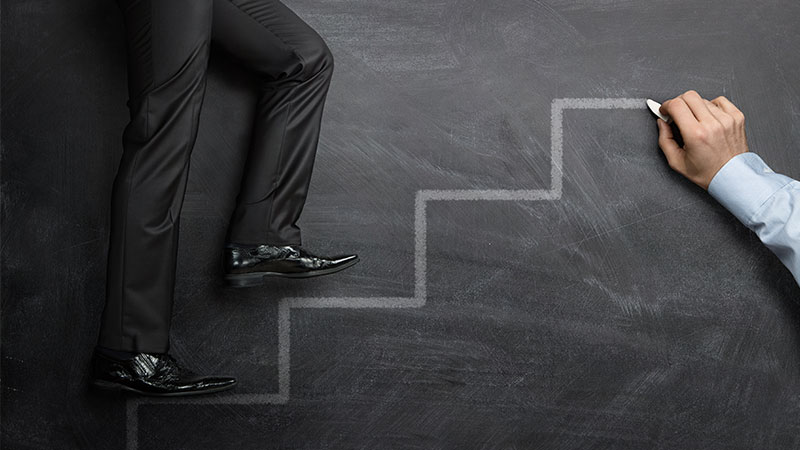 It seems like just yesterday that it was the beginning of 2015 and it was time to set goals for the year. Now nearly a month in it’s time to begin focusing on reviewing your goals. Have you made progress so far?

As I discussed in my earlier post 5 Steps to Setting Effective Goals, the key to achieving your goals is to write them down! But you can’t just stop there. Once you have them written down you need to break them into manageable steps.

Over the years I have had a handful of goals that I have put in writing, but failed to break into steps that I can take action on. I can tell you that each time I have made very little, or zero, progress on these goals. No matter how much time I spent focusing on how much I wanted to achieve the result, my failure to take the steps necessary caused me to fail at achieving my goal.

Now that we are one month through the new year it’s time to look at your goals and ask yourself the question, “How much progress have I made?”

If you want to have success with any goal you need to break it into manageable steps and focus on those steps, not the outcome.

2 Critical Actions to Acheiving Any Goal:

I once heard someone say the no farmer has ever been surprised by the crop that he harvests. If you plant corn, you will harvest corn. If you don’t plan anything, you won’t harvest anything. It would be useless for a farmer to stand in his field hoping to see crops that he knows he never planted.

Your goals are the exact same. If you never take the steps to get to where you want to be then there’s no purpose in focusing on your desired outcome. Focus on the steps that it will take to get there and I can guarantee you that you’ll get closer to your desired destination than you ever have before.

The steps you take determine your destination. It’s time to start focusing on them!

Question: What is the very next step you can take to achieve your goal? Join in on the conversation on Facebook or Twitter!

The Incredible Power of Positive Self Talk
February 18, 2015

Are You Feeding Your Mind the Right Things?
February 16, 2015