No matter What You Do, It’s Not About You 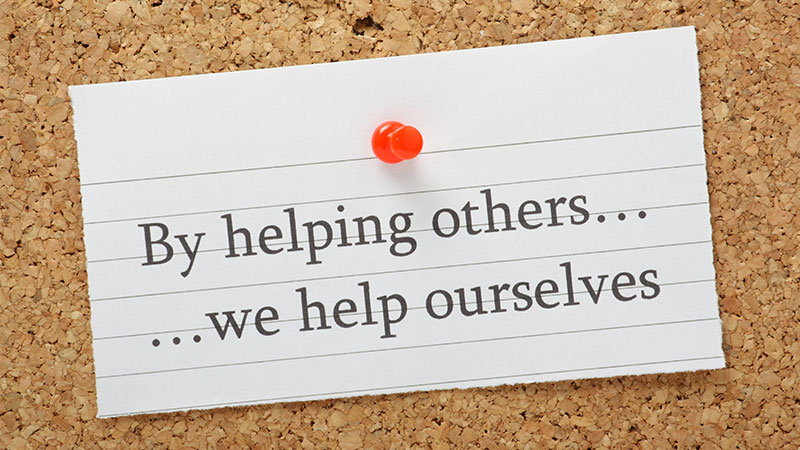 When you hear the phrase “it’s not about you” what comes to mind? Maybe you think about being told that it is better to give than to receive. Or maybe you think about your parents saying it to you as a child when you were asking them for something that you really didn’t need. We live in a society that tells us that we are the center of the world. We are taught to put ourselves first and focus on the things we want above all else. But what if that is the wrong way to go? What if that is the exact opposite of what we should do?

Last week I read and reviewed the book The Go-Giver. The major theme behind the book is that to be truly successful we need to look at things far differently than the world tells us to. The world says that we should look out for #1, but a Go-Giver would look out for others before themselves. The world tells us that you need to make as much money as possible, but a Go-Giver would focus on providing as much value as possible.

It’s a completely different way of looking at things. It means developing the mindset that other people come first, that you are here to serve them better than anyone else can. It’s being determined to have people walk away from an interaction with you saying “I can’t believe how great of a value that was. They could charge way more for that.”

3 ways to focus on the other person:

No matter what you do for a living you deal with others in some aspect of your job. Maybe you deal with the consumer, or business partners. Maybe you just deal with the other employees in your company. If you make golf clubs, focus on making the best clubs the golfer that buys them has ever played with. If you sell retirement savings plans, make sure that you provide better service than your client has ever received.

Focus on the other person. Its not about you!

Question: When was the last time you went out of your way to serve someone else? Join in on the conversation on Facebook or Twitter!