Lessons About Success I Learned From Watching The Masters 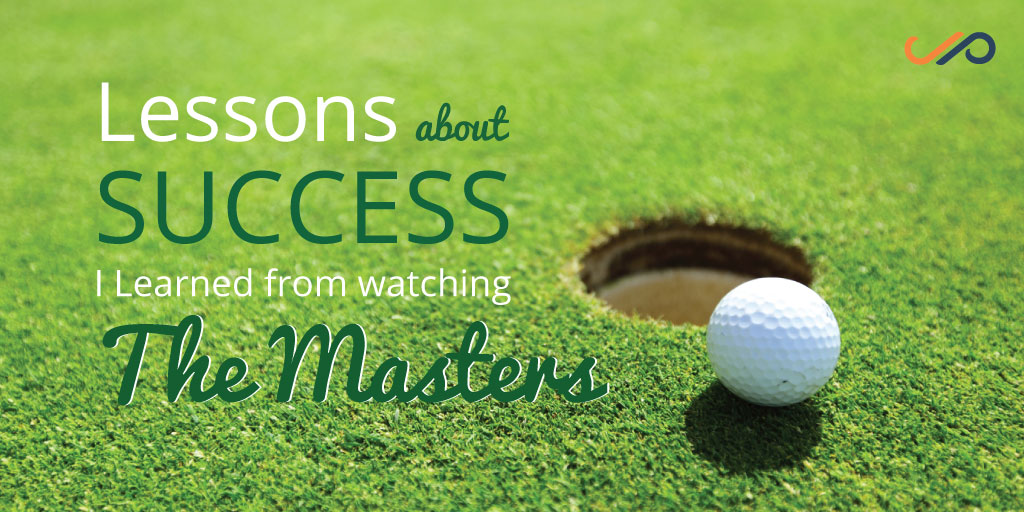 I am talking about the Masters!

If you are not a golfer, you may think I’m crazy. But for anyone who is a golfer they just may agree with me. There’s something magical about Augusta National and the Masters.

I love to watch people who are at the top of the profession compete against each other, and there is no place more meaningful in golf than the Masters.

It is the pinnacle of the sport. Winning the green jacket is what most golfers strive to accomplish at some point in their career.

So what does golf have to do with business development and personal development?

Each year while watching the Masters there are three things that stand out to me as lessons of success that can be learned from watching golf.

There’s a common belief that some people become an “overnight success” without putting in much hard work. This is especially common in the world of sports, and in the world of business.

Jordan Spieth, a 21 year old who was only playing in his second ever Masters, won the Masters this year. To some people he may seem like an overnight success. But he is far from it.

Success has the appearance of happening in a moment, but nobody becomes a success without putting in the work first. Jordan Spieth winning the Masters is a great example that success happens from years of hard work.

It takes years of hard work to become an “overnight success.”

[Tweet “It takes years of hard work to become an “overnight success.””]

2. Success had its ups and downs.

Many times I find myself thinking that being successful means not having any rough times. Are you the same way?

Do you find yourself thinking that you aren’t going in the right direction when you have a setback?

Golf is a great example that even the best rounds, ones end with a championship, have setbacks along the way.

The key is to never give up. If you truly believe in what you are doing you have to stay strong in those times.

Rory McIlroy, the #1 golfer in the world, is a great example of this. He started this years Masters by going 3 over par through the first 27 holes. With a projected cut at 2 over par it was appearing like Rory wasn’t going to make the cut to play on the weekend.

Rather than giving up when he was down, Rory pushed on even harder and turned his tournament around. It resulted in him earning $480,000 and a 4th place finish, rather than $0 for missing the cut.

Don’t let your slump get you down. Work harder and get back in the game. You may not make it to the exact destination you had hoped for, but you will certainly get a lot closer than if you throw in the towel.

3. The way you the way respond is nearly as important as the way you perform.

While I am the first to admit that I hate to lose, I do believe that the way we carry ourselves is just as important. Winning or losing shouldn’t change the way we act.

Jordan Spieth is the epitome of class when it comes to wining. He was humble and greatful.

Many players on the PGA Tour are a great example of this. They are gracious in defeat and act like gentlemen in their interviews.

Unfortunately not all players act this way.

It is easy to let success go to your head, in life and in golf. It is important to stay grounded and humble. No matter if you win or your lose it is important to carry yourself in a respectful manner.

Golf can provide lessons that are as important off the course as they are on it. Take a lesson from the Masters.

Success doesn’t happen overnight, it has its ups and downs, and no matter the outcome it is important to act with class and respect. These are all lessons that we all need to apply in our business and personal lives, and certainly on the golf course!