Did You Know That You Control What Happens to You? 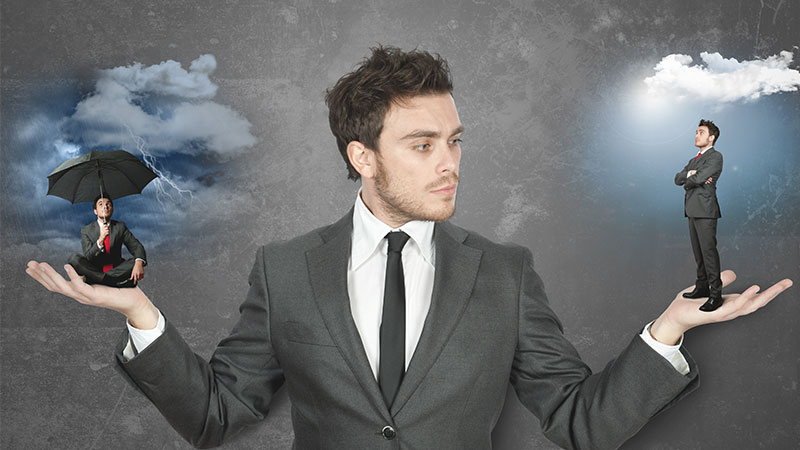 Have you ever wondered why some people tend to be right about their future? It seems like some people know what is going to happen in their lives, both good and bad, before it ever happens. How did they know that they were going to be successful? Or, how did they know that they would have bad luck? It seems like the person who says they are going to be successful is usually right. The same is true for those who say they are going to fail. What is it allows people to be so accurate about their predictions of future success or failure?

Growing up you may have been told things like ”you can be anything you want to be” or “if you want something go out and get it.” Many people are told positive things like this by their parents, teachers, or friends. Sadly however, even more people are told the opposite. They are told things like, “you’re never going to play college sports” or “that’s crazy, you should shoot for something more realistic.” If you think back over your childhood I bet you can recall one or both of these scenarios taking place in your life.

Most kids believe that they can do anything, and be anything, that they want. They let their imagination control what is possible in their lives. It is not until they are told that they need to grow up that they begin to see things differently. What once seemed like a possibility now may seem like a childish wish. Over the years these sayings begin to shape the way we think. They make us question our dreams. Then one day you find yourself saying “that will never work” or “I can’t do that” before you even give something any thought or consideration.

In the book The Go-Giver, the author makes the statement that “ultimately, the world treats you more or less the way you expect to be treated.” I believe that this is the biggest cause of both success and failure in most peoples lives. We create that which we focus on. We focus on something good happening, and many times it becomes a reality. In the same way, when we expect something bad to happen, it happens. We go out looking for the bad and end up finding it.

Have you ever heard someone say “I know I’m going to get fired soon?” What usually happens? They will probably get fired pretty soon. Most times the reason that they think they will be fired is not because there is actually anything to support the thought, but rather it is a fear that it could happen. The reason that it happens is because once you begin to expect something you begin acting in ways that support it. You start showing up late, you start putting less effort into your work, etc. You create the reasons that will cause you to be fired, by first thinking that you are going to be fired.

So what can you do to control your future? Think that you can. Believe that you can. Because no matter what you think about, you’re right. The world tends to treat us the way we expect to be treated. Don’t kill your goals and dreams before they ever have a chance to happen. Expect success and you will find success.

Question: Are you guilty of killing your dreams before they have a chance? Join in on the conversation on Facebook or Twitter!